We are excited to announce that Ronette Engela has been appointed the new Acting Head of GTAC. Ronette has headed up GTAC’s Public Expenditure and Policy Analysis Unit since 2013 and brings with her a wealth of experience in government and knowledge about its processes and performance.

She has occupied senior 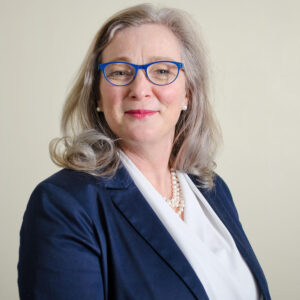 positions in The Presidency and National Treasury for the past 23 years, most recently as the head of Public Expenditure and Policy Analysis Unit, which she established in 2013.

PEPA developed ground-breaking techniques for conducting reviews of government spending and has overseen the production of nearly 200 spending reviews in the past seven years. Prior to that, she co-led the establishment of the Department of Performance Monitoring and Evaluation, and helped develop Performance Agreements between the President and Minsters.

She was responsible for the creation of the National Development Indicators series, as well as the government wide monitor and evaluation policy framework, and has published in the area of government wide systems.

We are excited to have this powerhouse at the helm and we look forward to an exciting and productive year ahead. We wish Ronette all the best in her new role.

We would like to express our appreciation to Lindiwe Ndlela who has been the Acting Head for GTAC over the last four years. Her open-door approach and visionary leadership have contributed to realising GTAC’s vision of becoming a Centre of Excellence.