This week Stats SA released the Quarterly Labour Force Survey (QLFS) for 2021Q2, as well as the results of the benchmarked and rebased GDP estimates. This exercise is done every five years and will result in revisions to the historic data series, which will in turn impact metrics such as the debt to GDP ratio.QLFS_Q2_2021

Highlights from the rebased GDP release

Rebasing and benchmarking of GDP estimates is done every five years. Rebasing involves changing the reference year for the real estimates of national accounts; it is for this reason that the reference year for South Africa has been changed from 2010 to 2015. Overhauling the way in which the economy is measured provides a far more relevant and reliable measure of GDP. With the adoption of new methods, new data sources, and a new base year, Stats SA has revised the entire set of GDP-related time series.

The latest gross domestic product (GDP) rebasing and benchmarking exercise has resulted in an upward revision in the size of the economy. The revised GDP at current prices shows that the economy is 11,0% larger in 2020 than previously estimated. South Africa’s previous and revised GDP growth rates are similar in magnitude and in pattern, with the largest difference occurring in 2018 (Figure 3). Both the revised and previous series show the severe impact of COVID-19 in 2020 (‑6,4% revised and ‑7,0% previous). 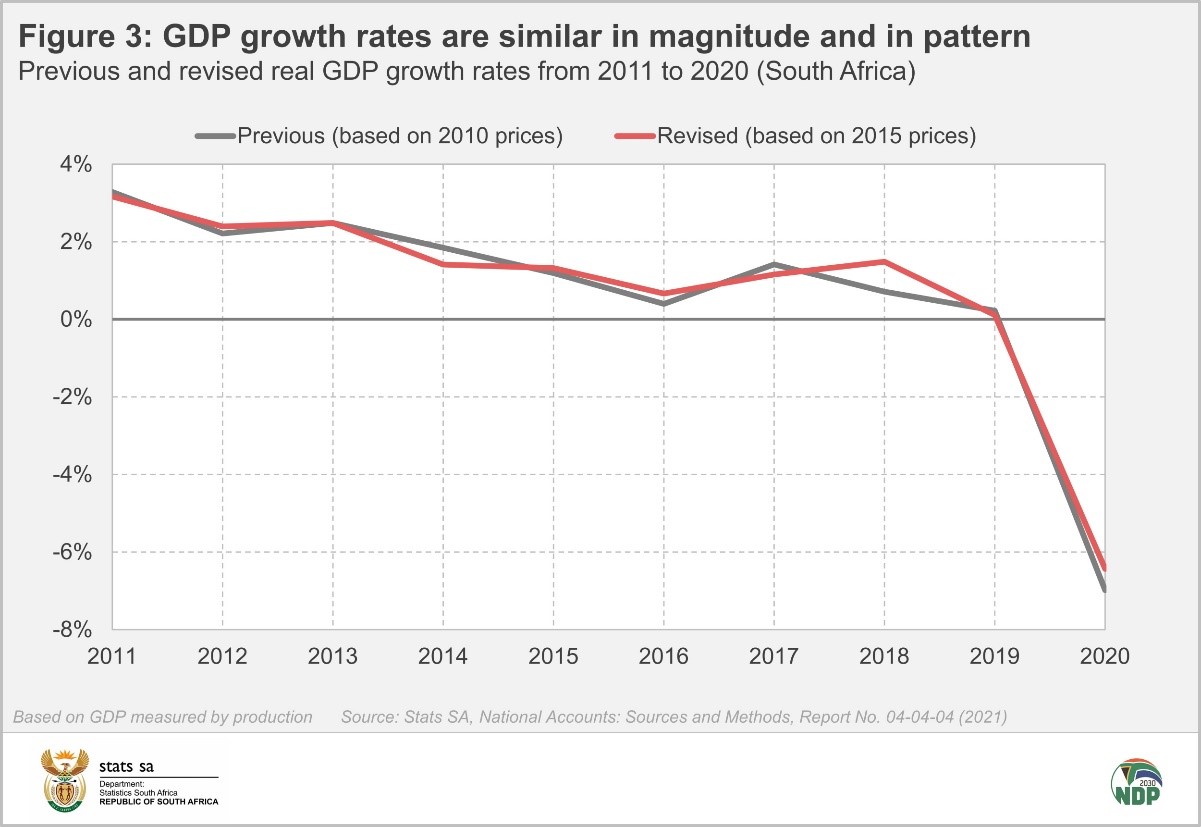 A complete sources and methods document, as well as the media presentation, is available here.