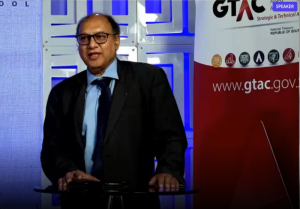 The 2022 Public Economics Winter School started on 30 August, under the theme “Reviving public infrastructure investment for community development”. Day one provided delegates with important context regarding the complex relationship between the responsibilities of national government and municipalities. Presenters and speakers reflected on how policy and regulations are formulated at a national level and that delivery and cost-recovery is managed at a municipal level and the implications this has on service delivery.

Ismail Momoniat, Director-General of National Treasury, opened the Winter School together with Ronette Engela, GTAC Acting Head. He didn’t shy away from the many challenges that South Africa faces and highlighted that some of the challenges regard  “how we deal with the fact that new problems, like that of corruption is so entrenched that we can’t spend on infrastructure what we want to spend.”

He added that the governments response to corruption has been problematic in some ways, “instead of having a principles based approach, we’ve added lots of rules”, the result is that “we have taken the focus away from those who stole money to those civil servants who have broken a silly rule.”

He concluded that what the country needs is “a public service that is professional but are also problem solvers” and one of the key questions is “how do we enable the state to deliver? How do we restore state capacity to deliver?”. 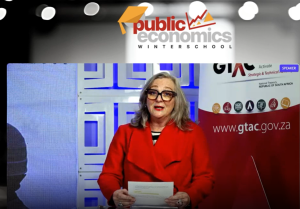 Engela outlined the evolution of the Winter School and also what delegates could expect from the three day programme and the important contribution this winter school makes too developing a new cohort of public finance practitioners. She said to the students in attendance, “we live in an exciting and complex place. Through your involvement y[here] ou could be part of changes that you want to see.”

Chanda Nxumalo, Chair of the South African Photovoltaic Industry, a renewable energy body, delivered the keynote address. Her informative presentation provide an overview of the renewable energy sector. She outlined that South Africa’s approach to renewable energy has proven to be a model for success on the continent. She highlighted that the Renewable Energy Procurement Programme has specific features, including a set of standard non-negotiable contracts with strict legal and technical criteria that has resulted in all rounds being oversubscribed and with prices continue to diminish, this means that South Africa is producing renewable energy at some of the lowest tariffs in the world.

“Covid has taught us, and post the Ukraine energy crisis, that sometimes it is better to pay a little more for a local solution so you are more in control of your energy needs,” she explained.

She touched on the paradigm shift in government’s thinking  that has opened up the path for self-generation by large power users and she summarised some of the projects underway for large power users like Sasol, Gold fields, and AngloPlatinum. Her presentation touched on the different interventions that have been lined up to help address the loadshedding crisis including accelerating private investment in generation capacity, accelerating procurement of new renewable energy sources, enabling businesses and households to invest in solar and finally the fundamental transformations to the electricity sector required to achieve long-term energy security. 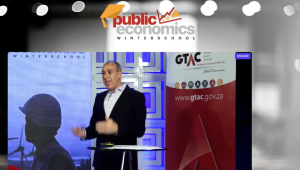 The next session aimed to contextualise South Africa’s infrastructure challenges within a fiscal and institutional architecture. Ivor Chipkin, from Government and Public Policy, provided a controversial presentation that looked at how corruption in China has been used to unlock growth; as the objectives of the private sector align with the government’s development agenda. He highlighted that this system is very unique and was only made possible thanks to a well-trained and capable civil service and the unusual remuneration system for civil servants.

He suggested that in South Africa the form of corruption we have experienced is similar to that seen in China but the outcomes are vastly different. He explained this was due to the fact that “in China central government lets the bureaucracy do the implementation but in South Africa, politicians have mixed themselves up and are now deeply involved in implementation.”

He believes that South Africa needs to relook how civil servants are paid, “we need to restructure how we pay civil servants. They should get a low wage with substantial performance bonuses aligned to performance and delivery.”

Ivan Turok, from the Human Science Research Council looked at informal urban development and the challenges and opportunities this presents to planning and service delivery. Through a series of photos he showed the level of urban development in township areas. Typically this development is in the form of backyard structures in and around formal RDP houses.

“This creates infrastructure challenges as the systems can’t cope with the overloaded resulting in problems with sewerage, refuse disposal and illegal connections.” He touched on how housing project developments should be tackled but that many of the flaws in the system are a result of “government ambivalence to urbanisation, this has influenced a resistance to upfront infrastructure investment”. He presented a high-road and low-road scenario and argued for sustainable urban densification that would result in vibrant neighbourhoods.

Next Andrew Donaldson delivered a presentation on the economic perspective on the organisation of local government. He touched on the key elements of the fiscal architecture and he delved into how economics can help us understand how the system works, the textbook models and the opportunities the Tiebout hypothesis presents. He finished by outlining an approach to reform that acknowledges that cities are unique and can be catalysts for modernisation and how land use planning and land rights can be used as levers for growth. He point forth ideas for reform of the fiscal architecture including matched grants and a redistribution of funding to a household level. 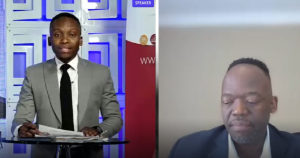 The next presentation by Tarafara (Pule) Setai from National Treasury’s Intergovernmental Relations department looked at infrastructure with a regulatory, institutional and financial lens. He provided context on the legislation and the intergovernmental relations mandate of National Treasury. He unpacked the local government accountability cycle. He outlined the key challenges with infrastructure and noted that “infrastructure delivery is broken”. He then went on to look at tools like the Infrastructure Delivery Management System and that this is governments delivery model of choice and the sustainability elements of the model.

He outlined in detail the key challenges for local government and how Covid-19 has magnified the structural constraints in urban economies and the priorities to harness the urban dividend. He concluded by looking at specific examples of infrastructure challenges and the lessons that can be learned from these. He advocated for stability at the local level that was based on accountability of public service officials.

This was followed by a panel discussion facilitated by David Savage HOD of the Provincial Treasury of the Western Cape and included Thando Mhlanga, from International Budget Partnership as well as Setai and Donaldson.

During the session there was robust debate and discussion with Thando Mhlanga making the point that community voices are valuable not just in the planning phase but in the implementation and oversight phases. She emphasised that when these voices are not heard this leads to frustration and often negative outcomes.

Donaldson said: “My message to Pule is that government needs to get out the way. mSCOA is far too complex. It needs to be driven by financial flows that reward success.” 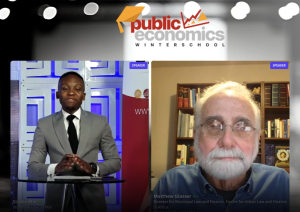 “In South Africa they generate 80% of their money and receive 20% from transfers [from national government] and how their money is spent depends on the council and how it connects with its citizens,” he explained.

He then looked at South African municipalities and benchmarked them with other municipalities internationally and showed that on the whole they are strong and well-resourced when compared with countries like India and Indonesia.

While presenting on operations versus infrastructure expenditure he explained that due to the introduction of conditional grants, “the orientation of local government shifted from downward and outward [towards citizens] to upward” and that this caused problems in service delivery.

He also highlighted that it is expensive to run local and district municipalities model that South Africa uses, “having [district and local municipalities] increases the cost and dilutes the responsiveness.”

He touched on good local governance and that the South African structure disconnects citizens from the officials responsible for service delivery. He then discussed the role of borrowing in municipal finances and the borrowing ecosystem required to finance infrastructure.

He said: “South Africa has access to investors but it doesn’t have credit worthy borrowers and this is a problem [for infrastructure financing].”

He closed by presenting a model for sustainable infrastructure finance.

All Winter School 2022 presentations and resources are available here.