The third day of the GTAC Public Economics Winter School looked at the provision of basic services of water and electricity and their role in determining the quality of life of citizens across South Africa. 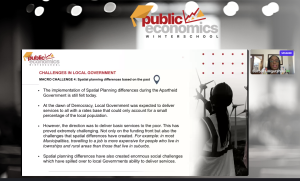 Barbara Mgutshini, KwaZulu-Natal CoGTA, delivered the first framing session presentation in which she provided background context on the political mandate at a local level and the functions and powers of local government. Due to duplication and shared mandates, many communities are confused about who is responsible and accountable for service delivery.

She said: “The system is broken and the medicine is not working. Now we’ve moved to the district development model and we are hopeful, but in my view we are giving medicine but it is still not right.”

She touched on the challenges of governance, factionalism, inter-party politics and the impact these political elements have on local government’s ability to function effectively. She discussed the challenge of rate collection which sits at 30-40%, which is declining in many cases due to rapid urbanisation. She said: “Municipalities have to collect revenue to survive”

Another theme that emerged is the lack of attention paid to repairs and maintenance. Typically municipalities should dedicate 8% of their budget but the vast majority don’t allocate this, she said. “Citizens say we make empty promises as government and this translates into local government being viewed as weakest link.” She finished by touching on recommendations for rethinking the service deliver model, strengthening state capacity and prioritising social compacts with communities.

This was followed by a second framing session presented by STATS SA’s Neil Roux and Casment Mahlwele. The presented an in-depth analysis of the Community Survey and the rich data this survey provides about basic services across the country. 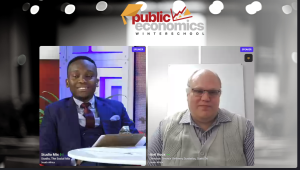 Roux said: “Municipalities are the most basic units of government; they are the coal face. They are the fundamental building blocks for everyday life, so local government should be understood especially in terms of household access to service delivery.”

Next was a panel on the sustainability of basic service delivery with reflections on the municipal water and sanitation services, a just energy transition in urban areas, the sustainability of conditional grants and alternative funding mechanisms for municipal infrastructure investment.What emerged clearly from all four presentations was the lack of attention paid to maintenance and repairs to infrastructure. 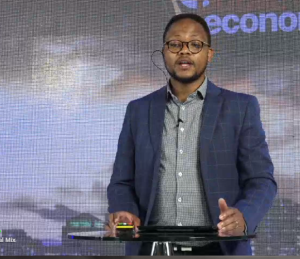 He pointed to the need for more information and data on the public infrastructure and that any progress is impossible without more data.

She asked: “What are the parameters for the just transitions? We suggest local energy security and reliability, least cost service provision, energy planning which is aligned to economic development and that local energy is low carbon.” She concluded by saying: “In a transition we don’t need the solution to every problem right now, we can change and adapt along the way.” 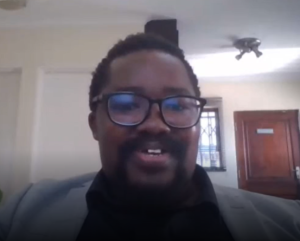 This was followed by a presentation by Letsepa Pakkies from intergovernmental Relations in NT on the sustainability of conditional grants.  He highlighted that conditional grants come with specific conditions but this is balanced by the fact that “municipalities are endowed with a lot of revenue raising power.”

He highlighted how funding of basic services delivery is managed through the Local Government Equitable Share formula (LGES) which seeks to ensure fairness in the allocation of resources and that conditional grants are  meant to help address backlogs and spatial disparities.

He said: “The grant systems is under siege, because a lot of money is being put into the syst em but not being spent. The fiscal environment poses a risk to the sustainability.”

He too highlighted the major threat is that “we are spending too much money building but not enough to maintain the assets.” He concluded by saying that National Treasury is “reviewing the grant system to talk to some of the issues that are being identified. We need data around asset management.”

Kolisang Molukanele also from IGR in NT looked at alternative funding mechanisms for municipal infrastructure investment. He advocated for sustainable increases in expenditure. “Once we have spatial transformative projects, then municipalities can leverage these revenue cycles. It’s a virtuous cycle as whatever you’re investing produces revenue.” 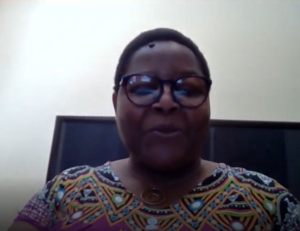 He echoed the sentiment of other speakers that “Grants alone can’t solve the problems in infrastructure investments, we need to take this to the market.” He unpacked some of the alternative funding mechanisms like climate finance, general borrowing and land value capture.

This was followed by a panel discussion titled “civil society and other perspectives on basic services delivery and oversight.” Shumanani Luruli from Planact shared how social audits help communities to monitor the services they receive, understand the delivery of services and the procurement processes to provide services. 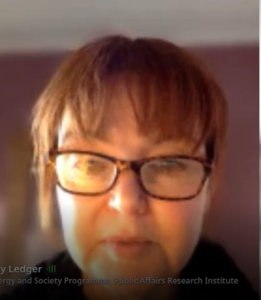 Tracy Ledger from Public Affairs Research Institute (PARI) discussed the impact of basic services on developmental outcomes. She said: “There are strong linkages between access to electricity and health and education outcomes. The ability of a household to access affordable electricity to cook, makes a big difference to the nutritional intake of the household. All sorts of good things result from universal access. You can argue that universal access is the single most important development intervention that a developing state can make.”

Jan van Schalkwyk, Corporate Executive at the Auditor-General’s Office advocated for social audits and the hard work required to bring communities and residents into the audit process. “The result is better informed citizens and you create accountability”.

Steven Friedman, from the University of Johannesburg echoed this idea that engaging with communities is critical in reorientating how people think about service delivery. He said: “What some of the other panellists have been talking about is not some technical add on that we can add on to make us feel good. [Community engagement] will determine whether public infrastructure produces public benefit or not. If we start thinking beyond service delivery and start thinking about public service. Which sounds like a very small change but it actually a very big change. It starts with the assumption that you are there to serve rather than deliver to [the public].”

Session facilitator, Kate Tissington from PARI added: “It is often difficult to make mistakes [in the public sector] so then it’s difficult to be innovative, you’re hamstrung and you’re worried what will happen if you do make a mistake. This different way of doing things, involving communities and residents in decision making requires innovation.” 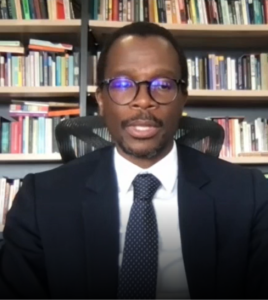 The day was closed with a message from Deputy Minister of Finance, David Masondo. He touched on the role of Winter School in building a new cohort of young public economists. He said: “The youth of any country is key to the development and economic growth of the country. The future is still be created and shaped and you have the opportunity to be the authors of this book about your country.”

He challenged the students in attendance by saying: “What now, what are you going to do with the knowledge you gained? Will you be getting involved in your communities and institutions to apply the knowledge you have gained during this WS. How can you contribute to making a difference to where you are? The Winter School sought to give you a glimpse of the challenges and opportunities we encounter as government and we hope you see government as an opportunity through which we can all shape South Africa.” 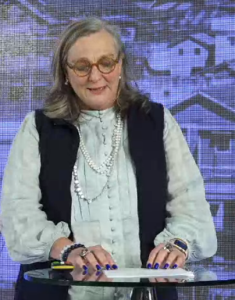 Ronette Engela, Acting Head of GTAC closed proceedings by saying: “I was blown away by the number of stats that people showed and the stories they could tell us. It isn’t necessarily a pretty story. I do have hope. We aren’t shying away from these challenges and what we can do to achieve those solutions. I hope that GTAC is part of that solution and that after this Winter School that you will see yourself as part of the solution in this country too.”